OpenPNM offers several options for generating dual networks. This tutorial will outline the use of the basic CubicDual class, while the DelaunayVoronoiDual is covered elsewhere. The main motivation for creating these dual networks is to enable the modeling of transport in the void phase on one network and through the solid phase on the other. These networks are interpenetrating but not overlapping or coincident so it makes the topology realistic or at least consistent. Moreover, these networks are interconnected to each other so they can exchange quantities between them, such as gas-solid heat transfer. The tutorial below outlines how to setup a CubicDual network object, describes the combined topology, and explains how to use labels to access different parts of the network.

As usual start by importing Scipy and OpenPNM:

Let’s create a CubicDual and visualize it in Paraview:

The resulting network has two sets of pores, labelled as blue and red in the image below. By default, the main cubic lattice is referred to as the ‘primary’ network which is colored blue and is defined by the shape argument, and the interpenetrating dual is referred to as the ‘secondary’ network shown in red. These names are used to label the pores and throats associated with each network. These names can be changed by sending label_1 and label_2 arguments during initialization. The throats connecting the ‘primary’ and ‘secondary’ pores are labelled ‘interconnect’, and they can be seen as the diagonal connections below. 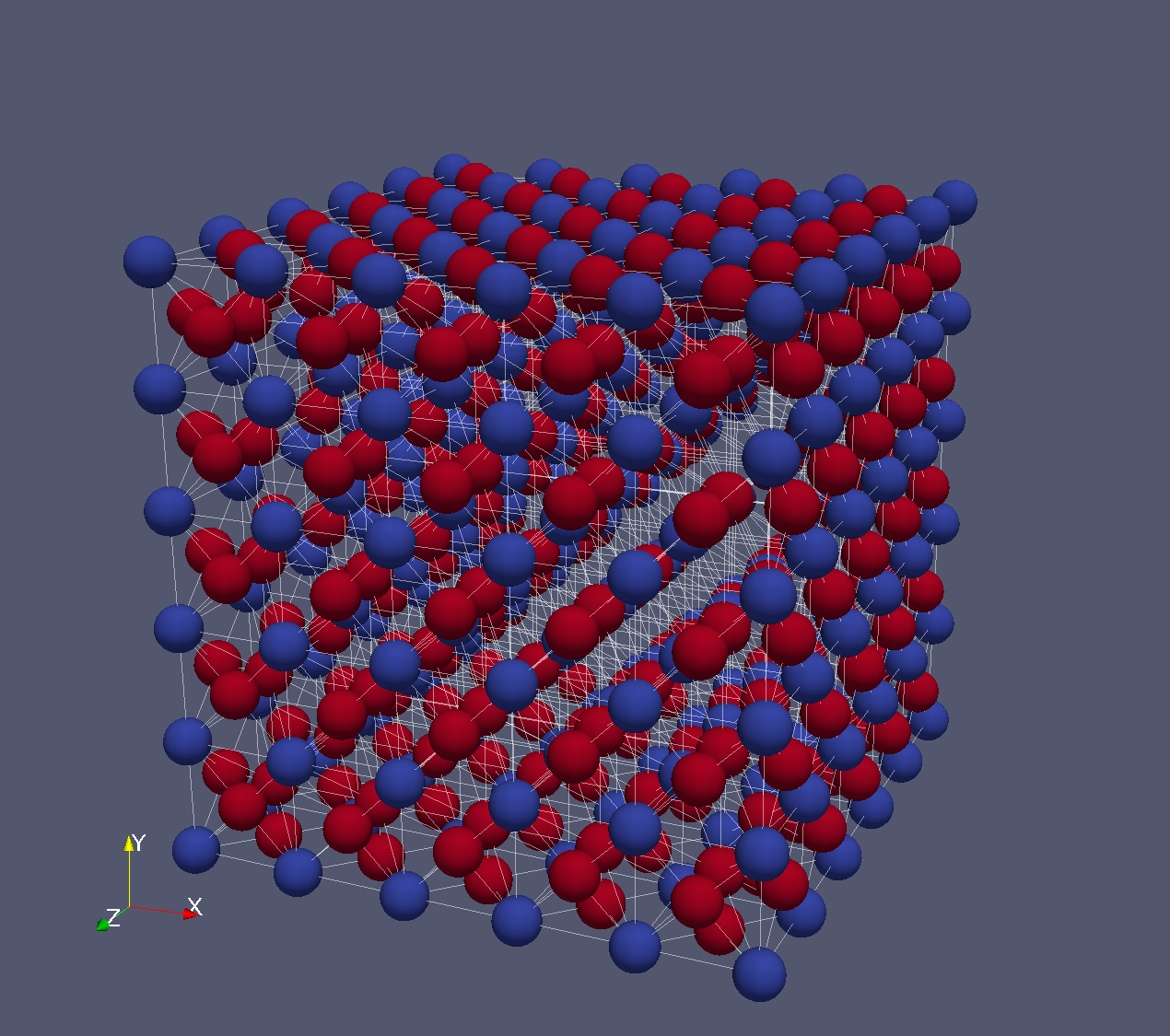 The topotools module of openpnm also has handy visualization functions which can be used to consecutively build a picture of the network connections and coordinates.

The ‘primary’ and ‘secondary’ pores are connected to themselves in a standard 6-connected lattice, and connected to each other in the diagonal directions. Unlike a regular Cubic network, it is not possible to specify more elaborate connectivity in the CubicDual networks since the throats of each network would be conceptually entangled. The figure below shows the connections in the secondary (left), and primary (middle) networks, as well as the interconnections between them (right).

Using the labels it is possible to query the number of each type of pore and throat on the network:

Now that this topology is created, the next step would be to create Geometry objects for each network, and an additional one for the ‘interconnect’ throats. We can use the predefined labels on the network to specify which pores and throats belong to each geometry: