Producing Quick and Easy Plots of Topology within OpenPNM#

The main way to visualize OpenPNM networks is Paraview, but this can be a bit a hassle when building a new network topology that needs quick feedback for troubleshooting. Starting in V1.6, OpenPNM offers two plotting functions for showing pore locations and the connections between them: openpnm.topotools.plot_coordinates and openpnm.topotools.plot_connections. This example demonstrates how to use these two methods.

Visualize pore and throats in a 2D network#

Start by initializing OpenPNM and creating a network. For easier visualization we’ll use a 2D network:

Next we’ll add boundary pores to two sides of the network, to better illustrate these plot commands:

Now let’s use plot_coordinates to plot the pore centers in a 3D plot, starting with the internal pores:

Note that the above call to plot_coordinates returns a figure handle fig. This can be passed into subsequent plotting methods to overlay points.

Next, let’s add lines to the above plot indicating the throat connections. Again, by reusing the fig object we can overlay more information:

These two methods are meant for quick and rough visualizations. If you require high quality 3D images, you should use Paraview: 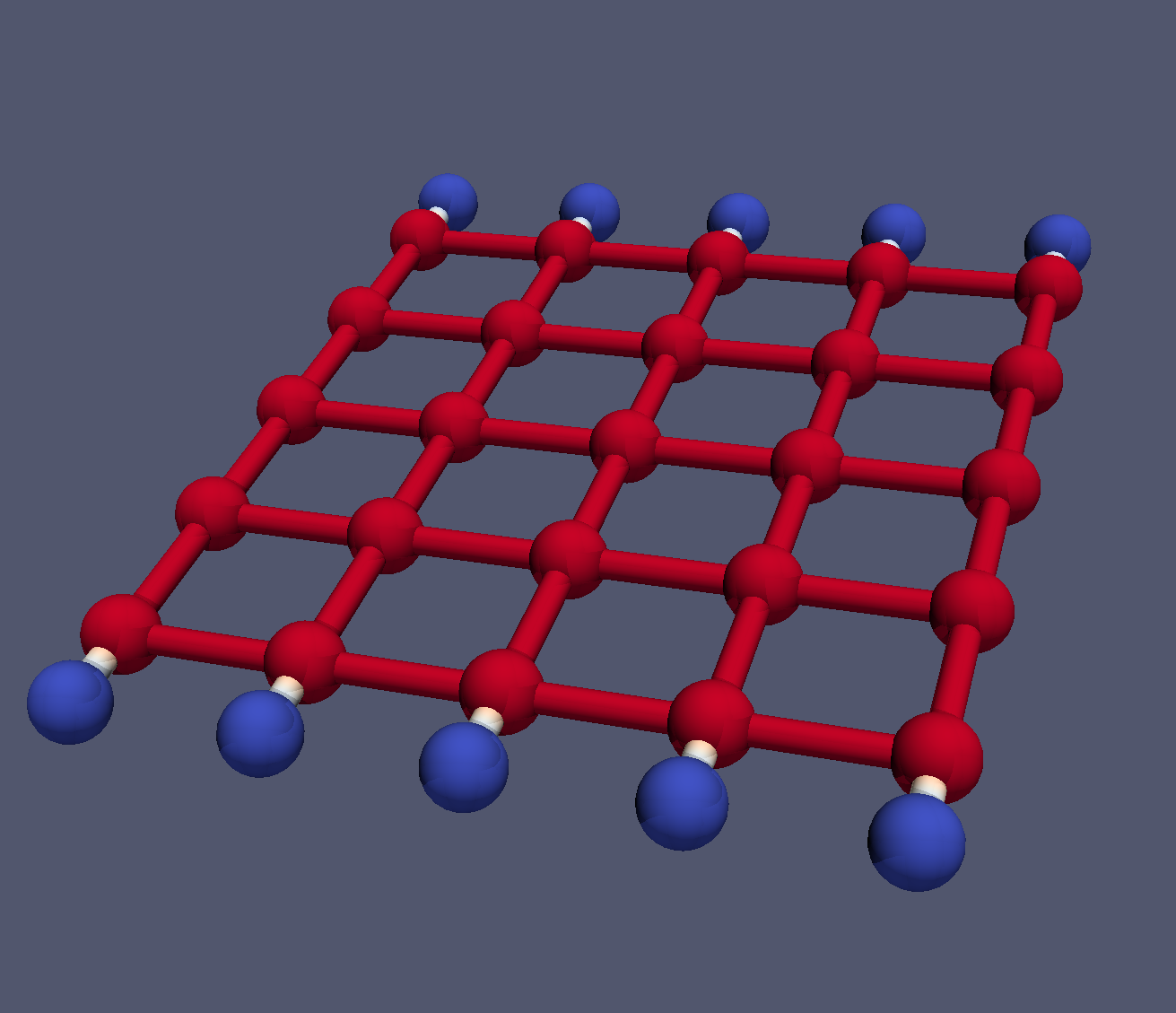 Visualize in 3D too#

The above plot is a static image generated at a default angle. It is possible to get an interactive window that can be rotated and zoomed. This is done by entering %matplotlib notebook at the top of the notebook. To return to the default behavior, use %matplotlib inline.

Any arguments passed to either plot function that are not expected will be passed onto the matplotlib plot command which is used to generate these graphs. This means you can adjust the appearance to the extent that you can figure out which commands to send to plot. For instance, the following code creates fatter lines and makes them slightly transparent, then the markers are changed to an ‘x’ and their size is selected randomly.